It all started with a “sporta”, a large basket of woven corn straw, generally used by housewives to carry food or agriculture products.

Even before the end of the Second World War, in a small town near the city of Udine (north of Italy), Elisa Maria – mother of Vittorio and Liliana, and also wife of Angelo Vicario – took on the task of collecting the bags woven by the ladies of the village and then destined for many neighboring towns and other areas of Italy.

Over time, however, Maria had the intuition to embellish the straw bags with simple but elegant floral decorations which, however, gave them all the characteristics to become real woven bags, enough to be immediately appreciated and purchased by demanding wives of German officers who at the time still occupied Friuli-Venezia Giulia region. 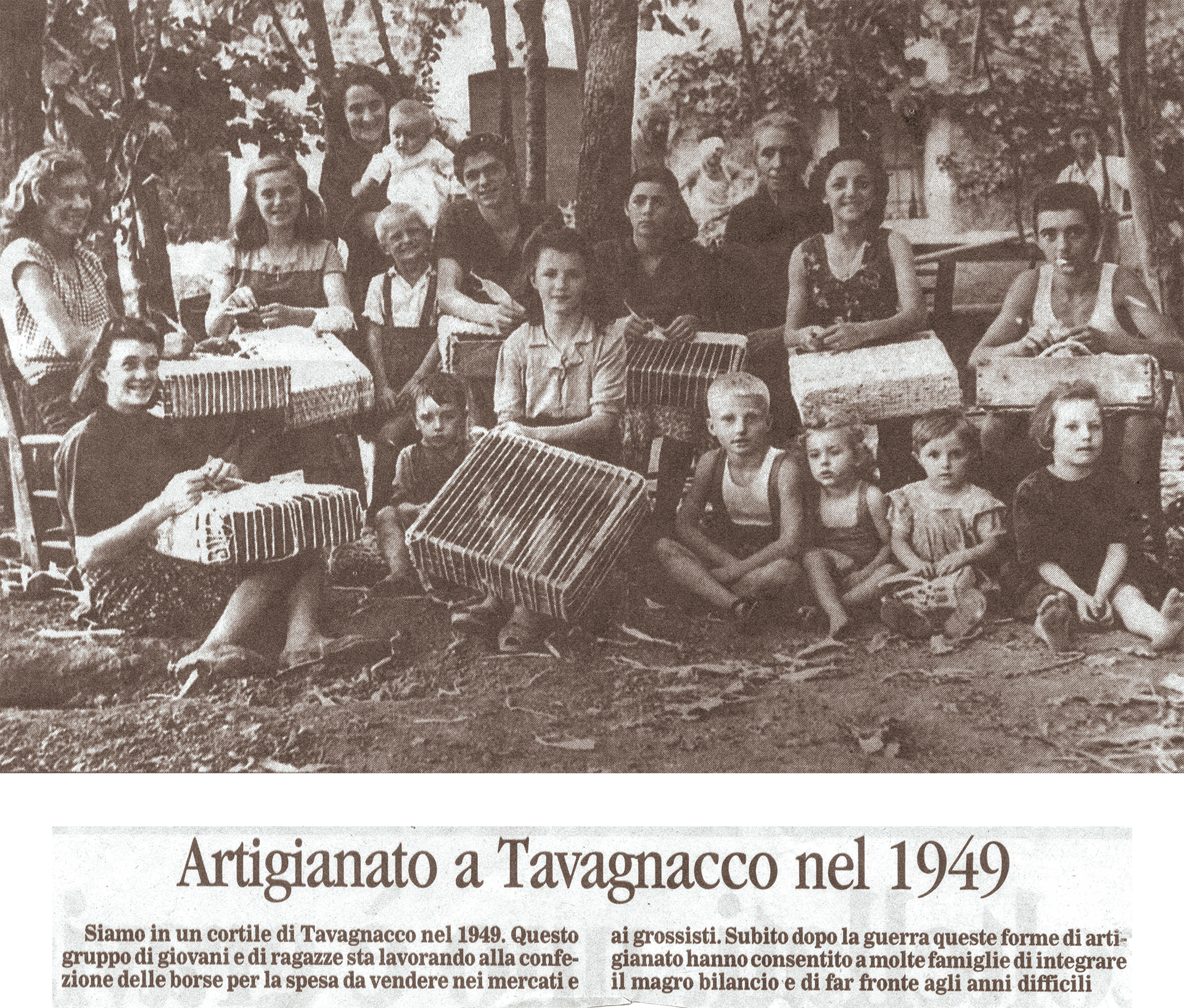 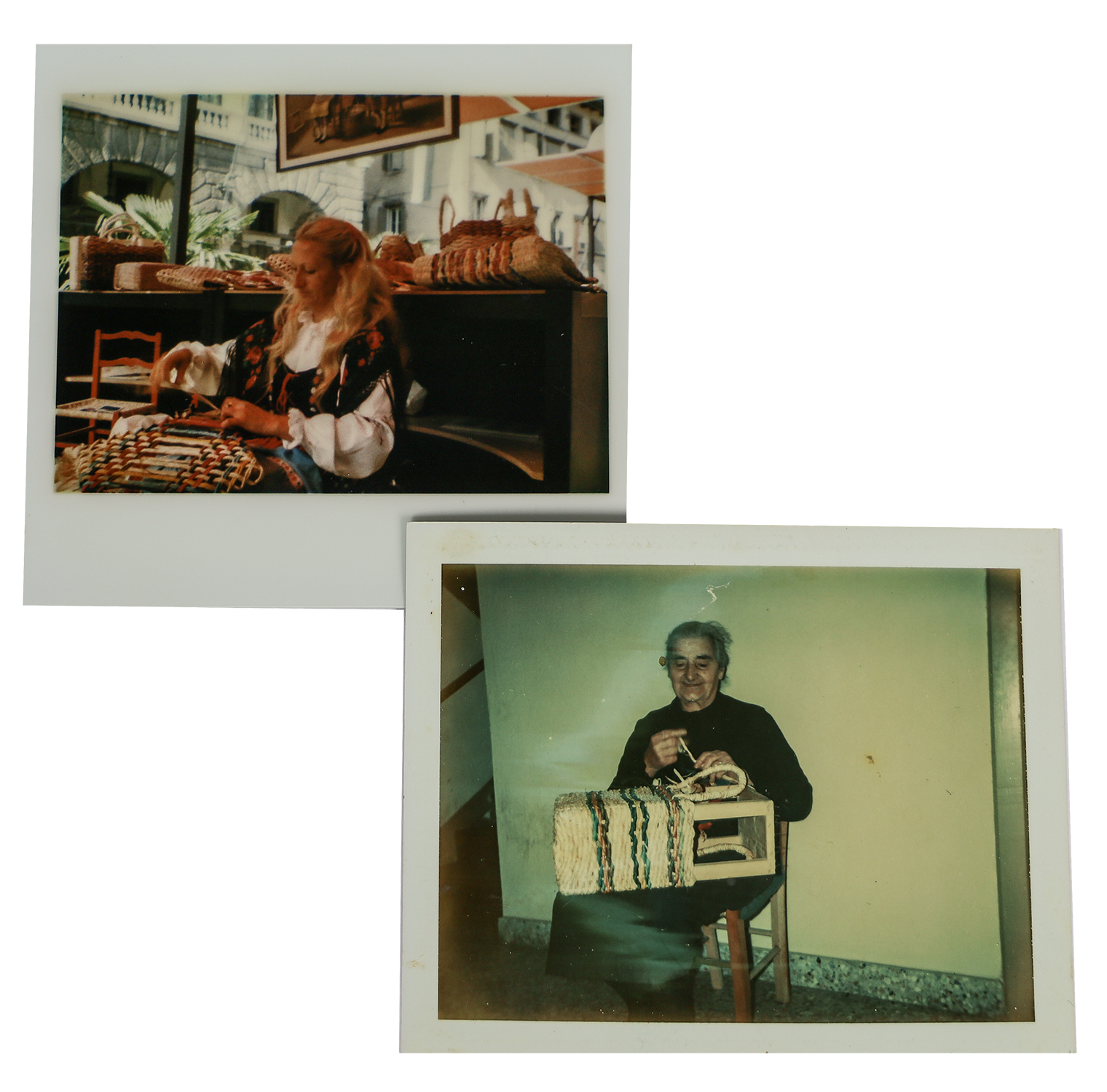 After 1945, with the end of the war, Vicario family further developed the production of these traditional straw bags also thanks to the help of the local ladies, skilled teachers in the processing of corn straw.
Their particularity and uniqueness soon attracted the interest of traders and wholesalers from different areas of Italy who certainly contributed to their spread – in the 1950s and 1960s – also in other European markets such as Germany, UK, Austria and France.

In the meantime, family’s business continued with the son Vittorio and his wife Alma, now, also using other types of natural and synthetic materials. Since 1973 the brand name of the company officially becomes “Alma Tonutti”, taking its name from Mrs. Alma Tonutti.
The collections are now larger, more beautiful and embellished with a wide range of accessories (wooden handles, metal accessories, decorations of various types, etc.). Subsequently, the company began to take part in various trade fairs in Italy that allowed the brand to be better known even outside the Italian borders.

In the early 1980s the business – until then done at home – moved to a larger building (in Tavagnacco, UD) where the administration was carried out, as well as the entire production phase, which was significantly increased also thanks to the use of machinery to speed up some processes.
Meanwhile, the two sons – Fabio and Cristian Vicario – also entered in the family business which had achieved considerable sales volumes for those years, also reaching far markets such as Japan and Canada.

Since the 2000s, production has diversified and expanded with the introduction of other natural materials, such as leather and cotton, and also with the selection of excellent quality fabrics and synthetic yarns, but always keeping faith with the tradition of weaving, true mantra of the company.

ALMA TONUTTI’s history continues today with Fabio Vicario who, with perseverance and pride, carries on the family tradition started by his grandparents 75 years earlier in a small town in central Friuli.

No products in the cart.